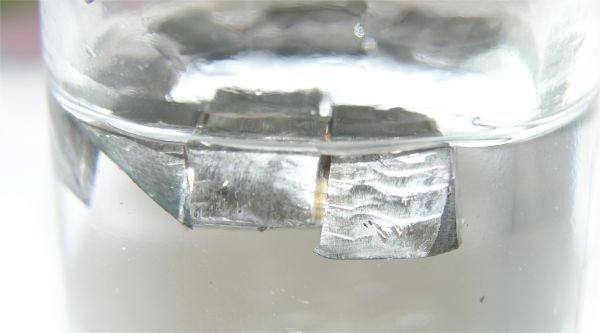 You’ve heard the outrage regarding The Government putting Fluoride in the drinking water. Fluoride is one of the least controversial chemicals possible. No adverse effects have ever been discovered and water fluoridation has caused large improvements in the dental health in industrialised countries. Population-wide dental health means: lower burden on taxes, lower costs for individual people and an improved standard of living. Notwithstanding, there have been claims ranging from that this chemical is a communist plot to subdue the Western world to that fluoride crystalises the Pineal gland and prevents us from reaching higher spiritual levels. It must be acknowledged that today, because we brush our teeth with fluoridated toothpaste, water fluoridation may no longer be necessary, but it still stands as the surest, most widespread way to ensure dental health in the population.

Water fluoridation demonstrates how our drinking water can be used as the most widespread and surest way to improve the health of the population through trace amounts of chemicals. Like fluoride, these chemical changes are going to be minuscule, very conservative, very safe and well-tested. There is little reason not to make these changes other than the public backlash that the fluoride case also demonstrates. Unfortunately, because it is population-wide and non-voluntary, putting chemicals in the water will always incur resistance from the misinformed, and also the libertarians.

Lithium is an element on the periodic table. Moreover it’s one of the simplest elements, with an atomic number of just 3, so it’s no wonder that it occurs naturally in nature. But moreover it’s a psychoactive chemical that is used as a mood stabiliser for bipolar disorder and even as an anti-psychotic for schizophrenia. It holds connotations of old mental institutions—as a heavy last resort treatment that turns people into zombies. But actually, that is not the case for most people who take lithium for mental health today. And furthermore, in trace amounts it has been shown to improve standard of living across a number of factors for the general population.

Putting psychoactive drugs in the drinking water is the stuff of comic book science fiction, but actually, it has been occurring naturally all along. Lithium is present in trace but psychoactive levels in the drinking waters of many locations around the world, and studies have found that these areas have lower levels of crime, mental health issues, suicide, homocide and rape. These levels of societal problems were significantly lower. In Texan communities it was found that the community with the highest lithium concentration in the water had a 40% lower suicide rate than that with the lowest lithium concentration.

How are these vast findings explained? It is obvious that the lithium is having a mood stabilising and anti-anxiolitic (anti-stress) effect in these communities, but also it is thought that lithium is neuroprotective i.e. it protects the neurons of the brain from damage and encourages growth.

It is clear to many scientists that lithium has the potential to save innumerable people in every country from mental and social problems, and also to prevent neurodegenerative diseases like dementia. However, it is not likely to happen…. The PR obstacles are immense—considering the resistance that was posed to water fluoridation which isn’t even psychoactive. There is hope that interest in lithium by the scientific community will be kindled by the increasing interest in ‘microdosing’—a cutting-edge way of dosing drugs that is proving that minute doses are not just the domain of psuedoscience, and then the scientific community will make the push.

Looking into a future in which increasing numbers of psychoactive drugs are tested at microdose levels, maybe we will find a chemical that is even more beneficial than lithium. Maybe we will find different chemicals that also are of benefit to add to the drinking water at these minute quantities—some people already applaud the benefits of microdosing other chemicals—but you can read about that in a less safe for work article.

Unfortunately, we will probably never put lithium or any other psychoactive in the drinking water, because not a high proportion of the public is ever well-informed or scientifically minded about any particular issue, however, you have the ability to start drinking lithium water yourself if you want to. You can buy Lithia Water online, but it’s your responsibility to take your health into consideration with regard to this, and to make sure it is legal to buy this in your country.