It isn’t easy to achieve good low cost living in Australia, but it is possible. Sydney and Melbourne have been ranked as the 14th and 15th most expensive cities in the world and the rest of Australia isn’t far behind. With our high labour costs, peaking house market and sea borders, it is no wonder that everything is quite expensive here.

But, with dedication and the right info, it is still quite possible to live frugally in Australia. Living frugally is a philosophy of life more than anything and to accomplish it, you have to really believe in the benefits. 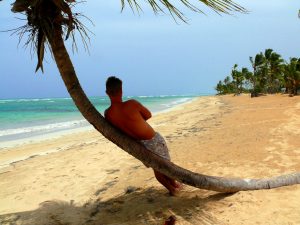 Living Frugally: The Philosophy That Can Change Your Life

Living frugally is a very very big commitment that influences your work, your residency, your relationships, your transport, the food you eat and the clothes you wear. If you are going to actually succeed in saving money on all these things, you have to have the mindset that this is really what is going to benefit you.

Basically, as a person who lives frugally, my mindset is this:

You’ve heard that one before. But the way it relates to frugality is that every dollar you spend is a unit of your time that you are spending. Say you earn a very generous wage of $40 per hour working. If you buy a shirt that costs $40, that’s one hour of your time that you have spent earning the shirt. When you buy the shirt, you should visualise yourself sitting down and working for one hour before, at the end of that, going and buying the shirt. And, think about what you could have been doing in that hour of your life besides working, and whether that is worth more than the shirt. Because buying goods with money you earned is satisfying, but you have to remember that you are just trading time for money. That is the equation. And whereas goods are nice, they often when you think philosophically about it don’t measure up to the value of your life.

But a shirt’s not that bad; it has some functional value even though this one may be a bit pricey. How about a car? For a nice new 2016 BMW X5 xDrive30d you would be out of pocket $105,990. This is what I straight-out don’t understand. If you buy a nice car, don’t you image the amount of years spent working—whole years of your life—just to afford it? I’m not car crazy, you can tell, but if you are then I express my sympathies because the type of desire that can make people spend that much would be strong and hard to give up.

The Benefits of Living Frugally

So now you know what you have to lose from this way of living: a lot of the goods and services and comforts that you enjoy. But what do you have to gain?

There are several large goals that people have from living cheaply and these are:

If you want any of these (most people want all of these), then you should definitely read on in this guide.

If you work and have set up your life in one of Australia’s major cities, then we aren’t going to tell you to move. But, there is always the option, especially for young people to choose a location that is far cheaper.

All of Australia’s capital cities have satellite cities that are experiencing strong property price growth but have still a long way to go before catching up. Many investors think that cities like Newcastle have a property boom that is lagging behind that of the major cities, meaning that: a) it is cheaper, b) if you buy, you will still benefit from price growth.

Some of the best satellite cities that we have screened are:

Public transport is far cheaper than travelling by car. Consider this:

A weekly commute on Sydney public transort (suburbs to CBD) will cost around $43.

A weekly car commute will cost you $155. And this doesn’t even include legal costs in the event of an accident or fine.

Save Money On Food

Eating out is expensive in Australia, there’s no two ways about it. But it’s no groundbreaking news that you can save money by bringing sandwiches to work and skipping the takeaway. Here are some ways to save money on food that not everyone thinks of:

Holidays within Australia are generally more expensive than some overseas countries these days. You can holiday for ~$2000 within countries that have currencies multiple times weaker such as Thailand, Indonesia, China and India (and still spend like a king).

If you would like to learn more about frugal living, in an Australian or global context, then you should check out these subreddits: