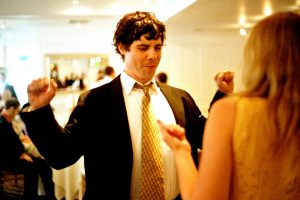 People can be complicated. There’s no better way to put it. We have emotions that twist our thoughts in strange ways, that weave and turn over each other into a tight ball of personality flaws. That’s a good way to describe the kinds of people you will be reading about in this article.

This is a new word that was needed a long time ago (added to Urban Dictionary in 2011). It’s when people say things like this:

I’m wearing a ponytail,rolled out of bed from a nap, at the bar w/ my guy and guys r still hitting on me. Like really??

Like, ahhhh! How obvious is this that you are being like ‘Oh, I am so not looking my best today’ only so you can say ‘I always look hot, even when I don’t try, it’s natural to me’. Goddamit.

Can we start a media campaign to question how I got into Columbia, too? Still scratching my head about how I got accepted & demand answers!

Yes, notify the press: girl gets into a good university. I wonder how she got in, well it couldn’t be that she was naturally talented.

Or: any time that someone says that they are ‘too thin’ or ‘have trouble gaining weight’ or any of that rubbish. I feel really sorry for plus sized girls who have to listen to skinny people say that.

This stuff can drive you nuts. Like how can you expect other people to be so stupid—as to not even pick up on this as a very very very thinly veiled brag? Anyway,

This is another term that has gained surging popularity in recent years—but only because it was needed for so long.

Passive-aggressive behaviour is when hostility is expressed in an indirect or subtle way. It’s not like flying into a rage at all, it’s….a bit more complicated than that.

My girlfriend only made her half of the bed. from passiveaggressive

Someone’s girlfriend was not happy about something, so she decided to send a message.

These forms of aggression are not openly hostile, they are symbolic. The reasoning behind them is quite complicated and embroiled in relationships and emotion. It’s less acceptable to be aggressive-aggressive, it evokes more retaliation, and it sends the same message. So, for a lot of minor-moderate relationship quibbles, this kind of silliness is really the best way.

I love this one as well:

Software error or elegant solution? That’s up for you to decide. I just love it when passive-aggression is so subtle it makes you question whether it even is a message….

Schadenfreude is when you delight in the misery of others. It comes from a dark part of your mind that most people bury deep down. If you really try to go deep into thinking about why you feel it; it is when your empathy is suppressed—often by envy or anger, and then the assuaging of that negative feeling causes a good feeling (at the expense of the object of your discomfort). It’s one of those complicated effects of the mind that blurs the line between good and bad.

If when you were reading that you were thinking ‘Hey, that’s me! I love schadenfreude!’, then have a look at this skateboarding stacks video you sick puppy:

Ok here we go….cringe is probably the most complicated of them all. This emotion that we all have experienced, probably on a daily basis, is where you feel discomfort at another’s awkwardness or social unacceptability (empathetically/vicariously). But then it gets more complicated, because awkwardness is another can of worms. Awkwardness is a state of uncomfortable self-consciousness that is usually/always in anticipation of being socially unacceptable. But then, not all cringeworthy people are self-conscious, some are just so un-self-consciously unacceptable that it is cringe. So there’s that….I was wondering what cringe was as well before I typed that….

Let’s all relax a bit, huh? from cringepics

This joke….put a bit of a dampener on the guy’s wedding announcement.

And like, even if it was an appropriate occasion….it was just a weird joke, way too extreme.

It’s actually "You are" from cringepics

Ok…. where do we even start with this guy….

This is probably a crosspost from r/iamverysmart—the subreddit ‘Where everyone is a quantum scientist’. This guy is expressing an idiotic point in a way that implies that he is very intellectually superior. It’s the epitome of un-self-conscious baffoonery.

But then there are the really self-conscious cringes that you just really do feel sorry for:

RAISE THE ROOF! (awkwardly) from GirlsDancingAwkwardly

That poor girl! The big screen could do that to anyone on a bad day.

How did humans get so complicated? How did we ever start cringing? I don’t know, but we are a species that has developed complex societies with numerous social rules. And it is clear that one of the, if not the main way that these rules have been enforced throughout history is by cringing. I.e. by the fear of cringing or making others cringe if that makes sense. So this emotion is actually a very crucial one, and no wonder it has developed to such a complicated degree.