China’s rapid rise in world economic and political position has been a boon to the world economy and has elevated hundreds of millions of people out of poverty. It has been lauded by the world as a success story, however, it raises some big concerns for the western world: what is the result of the Communist Party of China (CPC) gaining so much power on the world stage? What will be the effect on the democratic, libertarian western world if the CPC grows to rival or even surpass the United States as a world superpower? 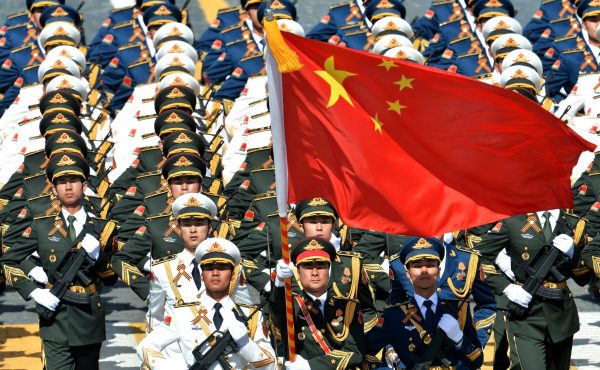 It is conventional that China’s rise to world political power has been through economic means. China averaged a growth rate of 10% for 30 years up until 2015. This is astronomical, considering that the US has been averaging around 3% for the entire modern era (Source). China is now the 2nd largest economy in the world and set to overtake the US during the century (Source). The Communist Party of China has been fueling this growth through economic reforms, away from hardline socialism and towards capitalism, since the 1970s especially. The effect is that China is now, though unofficially, a capitalist country. A very very capitalist country, which actually has less taxes and laws than the US in a lot of areas e.g. no property tax. But, it is still an autocratic country. Capitalism has been used by the party to—along with improving the standard of living of its people—to increase their power on the global stage.

The two ways that Chinese capitalism has increased the country’s world power are:

Economic diplomacy and even economic warfare are key points of leverage in foreign affairs, but they fall short of one factor in determining world power: military might. Military potential is what allows the US to play such a central role in the UN, and to vanguard democracy in foreign countries if it wants to (or instate dictators it wants to).

China will only ever be able to challenge the US’s central position in world politics if it can trump its military capacity. But the US is just so far ahead. The 2017 World Firepower index ranks the US at 1st in the world and China at 3rd.. This is because despite China having more than 50% more military personnel than the US, they have less than 20% of the number of aircraft, 10 times less armoured fighting vehicles and numerous other weaponry and infrastructure disadvantages. Furthermore, the US is decades ahead in military research and ‘super weapons’. These include robots, drones (Source) and various other weapons that confer tactical advantages including guns that can shoot around corners, pain rays and ‘invisibility’ cloaks (Source).

Will China Become A Democracy?

No. Let’s just get this out of the way. Not any time soon. The CPC has just accrued immense world power; why would they give this up? Some millennials in China hold strong ambitions for democracy, but it seems absurd that any number of young people could challenge this economically and militarily powerful government, especially considering that the CPC’s approval ratings are 70–80% (Source). That’s incredible compared to approval ratings in the US and other democratic countries which usually hover around 40%. In fact, Obama’s rating was 31% and Trump’s is possibly the lowest ever at 11%.

How can this be explained?

Well the benefit of an autocratic government is that everything requires less consensus and moves a lot faster. The Chinese economy has been able to reach such high levels of growth and progress so rapidly to capitalism through extensive, rapid and deep government reform. So for the everyday lives of its citizens, things have improved dramatically even though they may still lack some of the higher freedoms and rights of the Western world. Also, it could be argued that Chinese foreign policy has been far more ethical than US foreign policy in this millennium….

There is a concerning phrase that gets used sometimes in relation to a political situation that may occur in the future: Cold War II. Some say that Cold War II started with Russia in 2013 over the Ukrainian Crisis, but that seems alarmist considering the actual state of affairs which was never close to Cold War-proportions. But, now the term is being used more realistically with regards to a situation that may happen with China in the future. As China surpasses the US in economic power, and challenges if not surpasses it in military power, then tensions with the US will escalate over anxieties of losing its hegemonic position and of autocracy becoming the world’s leading political system. It’s a scary thought, but I actually believe that this will be the scenario of the next 25 or more years.

The main effect will be direct China-US conflicts waged in foreign countries such as in the Middle East. China will want to claim its stake in international affairs by taking a US-like interest in restoring order and instating governments in other countries. The US will be hegemonically threatened by this, and will enter the same countries with the agenda of instating ‘democratic’ governments and order.

The result probably won’t be nuclear war, but the risk will increase. Even now, the risk has increased because Donald Trump is in power—who has expressed aggressive views towards Chinese power.

What will be the end result? In other words, who will win the contest for the 21st century superpower? It is incredibly hard to say, but with China’s immense economy, military development seems only limited by the time taken to research advanced weaponry. The main limiting factor on China’s political growth however will be the US’s advantageous use of its current political position. As the current superpower, it really has the First Mover Advantage. China will not want to provoke war with the US or even economic warfare ever ever ever, so it will have to be tentative with its political tactics. This is why Chinese hegemony is too far away to currently be able to see what it is like or if it will exist at all.