The Worst Clickbait Articles We Have Ever Seen 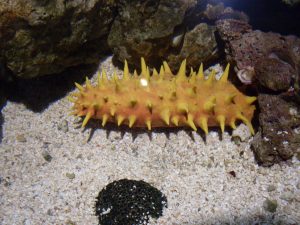 The internet is no New York Times. Anyone can write whatever they want and if it appeals to even the basest human desires then it may show up on your screen. There’s some real low quality content doing the rounds out there, it’s hard to believe that anyone would read this stuff with a straight face. Here are the worst of the worst….

[Why does the child in hands of the beggar always sleeping? – Wise Thinks]https://www.wisethinks.com/2015/01/why-does-child-in-hands-of-beggar.html

Ok…. so basically, this English-second language person asked the question of why the baby in the arms of a beggar is always sleeping then did an investigation asking people to find out. It turns out that the baby is given heroin or alcohol to make it look cute and not screaming and turning away donors. The crime syndicate oversees beggars and gives the mother “A bottle of vodka in the evening and a döner kebab”

The wording of this article makes it seem a bit illegitimate, but I guess I shouldn’t discriminate against ESL speakers. Phrases like “it pumped up with vodka or drugs” and “I stood with a full sense of – “I’m trying to fight windmills”” are very amusing though. Also, whenever an article has the title printed twice it always makes me sceptical.

If you read the other articles on this site by this writer you can find other groundbreaking stories like “How To Make Your Rotten Banana Fresh Again!!!” and “You Are Not Fat, You Only Have Accumulated Residues Inside You! Clean Them NOW!”

Really!? Oh my, I wonder how they got away with it for so long. I also wonder how one of the only chain restaurants where you can see them making it and which doesn’t even cook the ingredients themselves, they use plain ham and chicken rather than patties uses cockroaches as an ingredient.

As if this isn’t a joke?

Well, it may be but you never know with Huzler’s, that’s the thing. Their About Us line is:

<Huzlers.com> is a combination of real shocking news and satire news to keep its visitors in a state of disbelief.

I actually love this site; so much quality (low quality) content including:

Some of this stuff is just straight fake news! It is just there to boost siteviews. (Or is it???) Some of it just goes so far I can’t even post it in this article. I love Huzlers.

There’s gotta be more than 12… from clickbait

When clickbait started using Photoshop, that’s when things really got out of hand.

22 Celebrities That Look Nothing Alike

I can’t belieeeve how different some of these celebrities look. This is mind-blowing!

These Are the 9 Lamest Birds in the World | GQ

This guy knows what he is talking about and makes some very solid arguments about how lame these birds are. He seriously put a lot of effort into writing this article and I hope it paid off though I’m not sure it did.

Why aren’t there any female Minions? – CSMonitor.com

Christian Science Monitor covers the big issues, proving that newspapers can thrive in the online medium without a loss of quality.

The article is actually about hidden messages in corporate logos. The Chick Fil-A one literally just says the C is a chicken. from clickbait

A heartwarming story from the news source that consistently makes the best clickbait on the web—Clickhole. It is a satire of Buzzfeed and all that paid-click cr▒p that makes you go what the f▒▒▒.

There are so many Clickhole classics that just take advantage of your most moronic sense of entertainment. This is another great one:

Inclusivity FTW! A Speech Bubble Is Finally Being Added To The Handicapped Sign That Says ‘I Could Be Any Race’ | ClickHole

What an enlightened era we live in.