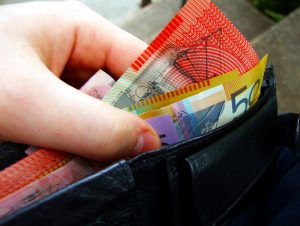 If you live in Australia, have you ever questioned why this country is so wealthy and fortunate. It seems so natural that Australia is a developed country, even though this is a fairly uncommon status among the countries of the world. Only 20% of the world’s population live in developed countries as of 2016 (Source). For a country that is mostly desert, with a declining manufacturing sector, and almost unmatched high wages, how is it so prosperous? Then, with each reason for this, will this continue into the future?

The number one reason for Australia’s wealth is that, across its vast, mostly uninhabited landscape it is gifted with large amounts of mineral deposits. Australia is the world’s leading producer of iron ore, the second largest producer of lead, zinc and gold, the third largest of uranium, the forth largest of black coal, nickel and silver and the list goes on (Source). Mineral exports are the main reason why Australia’s trade balance is usually in surplus, with 2017’s being $3.1 billion despite a growth in imports.

It’s thanks to the government’s taxes on these mining companies that the revenues from Australia’s minerals get distributed to the Australian people’s in the form of government services and welfare. The actual percentage of the Australian population working in the mining sector is very low (1.6% in 2010) due to the high amount of automation used by these mining companies. However, those who do work in this sector generally enjoy high ($100k+) wages.

Future trends: There has been much speculation surrounding Australia’s ‘mining boom’ (2003–2016), particularly when it ended and whether there will be a ‘mining bust’ afterwards. The general (general general general) consensus is that it officially ended in 2016. Now, the boom is over but mining exports and commodity prices have still maintained a high level. The bust that was expected by some never came, so we can be fairly confident of Australia’s mining future.

Another benefit of Australia’s vast landmass is that it has the space to produce large quantities of food. Australia is one of the world’s largest food exporters and most of its food consumption is of local food products.

Australia also produces large amounts of grains, including rice and wheat and exports them. Asia imports a lot of Australian rice particularly.

Future trends: If there’s one industry that you can count on, it’s food, particular basic foods like grain and meat. People aren’t going to stop eating and the populations of the world aren’t going to stop increasing. Global food prices aren’t always on the upward trend that you would expect however, and this is because of improvements in agricultural methods (Source). However, this is the kind of price decrease that is caused by increases in efficiency, so producers don’t lose out (because they are just producing more at a lower price, hence getting approximately the same revenue).

Australia runs one of the largest-scale international marketing campaigns to promote its tourism and it definitely pays off. Tourism represented 3% of the country’s GDP in 2014/15, which is 47.5AUD (Source).

Future trends: Tourism is also looking strong in Australia’s future, with growth rates at 10% per annum. This is the kind of growth rate that classifies us as being in a tourism boom right now. Tourism is very sensitive to global financial conditions however, because it is a luxury that people need to be able to afford, so if a global financial crisis does happen, then tourism will drop and need time to recover again. Nevertheless, the long term forecast is positive.

Finally, as a country with a strong education system, we have healthy highly skilled and high tech sectors. These include medical technology (e.g. prosthetics, bionic ears) and robotics. (This seems to be the way of the future for Australian employment because of the forces of outsourced labour and automation that are occurring now and into the future.)

Future trends: These sectors seem promising even though it is my opinion that the government should be doing a lot more to foster them. Kindling a technology sector requires Silicon Valley-type government assistance to get it going. We should be spending a lot more on R&D and on a Silicon Valley-type area. If so, this would be a bright future for Australia because right now, most people are benefiting from Australia’s wealth from the above factors, but not actually playing a part in it in their work.