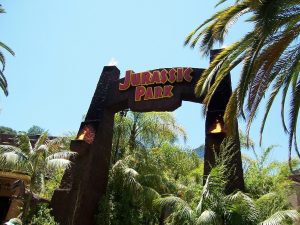 Business owners know the scourge of the internet upon their businesses: bad reviews by terrible customers. Some customers are just not in a good mood, and some just do not get it. We know, at dLook (a directory with over 1.7 million customers), we have had our fair share of unfair to downright deranged reviews, but this article isn’t out of frustration. No way……..

this could never happen

oh yeah a boat this big could really sink

I am eighty five

what happened two the teradactor that flew away

what happened two the teradactor that flew away

Cheers to the drones!

Right on?? Those of you who are familiar with a post-modernist view of the absurd or nihilism take heed. Anderson has hit the nail on the head here with reverence towards pen-ultimate stupidity. Throw in a protagonist who’s obsessed with necrophilia and and antagonist who’s the opposite. Ohhhh. Brilliant? Let’s get on the write’s wagon with building empathy for the sociopath. Ummm. Dexter? Bored? You should be. If you have a mind. You’re in for a treat that will entertain your mindless mind. Mind you, you’re then you’re the concierge. And y. You’re probably a zombie. Liberal fascism at its best. Cheers!

This is the worst attempt at an intellectual review that we have ever read. I have no idea what his actual point is, but the part I really don’t get is when he says ‘mindless mind. Mind you’….like that is the strangest attempt at wit, I just think this guy needs to mature a bit.

THESE THINGS ARE DEMONIC CREATURES AND NEED TO GO BACK TO HELL WHERE THEY BELONG!!! AND BE DISCONTINUED FOREVER!!! GOOD RIDENCE!

This Texan mom is certainly creepy out by this fluffy toy. The phenomenon is not new, in fact so many people were creeped out by Furby’s that The Simpsons made an episode about it. But nevertheless, it is a bit of an overreaction isn’t it.

Hitler’s original ‘Final Solution to the Jewish Problem’ was to send the Jews to Madagascar, which I think would have been a better place than Palestine.

This movie takes animals from the heart of Babylon (a city of commerce & confusion) on a journey similar to the transports of Jews to the concentration camps.

I liked the party animals in Magagascar the best (love to party with ’em. liked the music). Unfortunately the party is crashed by meat eating cat-like creatures.

The only animal that I really liked was the psychedelic zebra. The hippo was a lovely voice, without a body to match. The psychedelic trips the lion took was cool too.

Yet, the animals, like Jews escaping slavery with Moses long for the fleshpots of NYC.

Loved the animation, laughed a few times but found the movie scary!

My lord, what can be made of this one? Honestly this was more insane than any extreme opinion review. Just the associations that he draws are so loose, it makes me worry.

I went to this restaurant and liked the food. but then the server leaned over me and whispered ‘would you like a side of death with that?’

then he took my fettuccine and formed a pentagram on my table. no one acknowledged me after that.

don’t go here. or do. whichever

Hahaha what!? Now for a serving of nuts, anyone? Did this guy have some kind of episode at this restaurant? There are so many possibilities here. Why does he say ‘or do. whichever’ at the end? That just tops it off, this is the best.

This Poor Pizza Place Was Too Good (Yelp)

Don’t try the pizza, it’s so good you will come back every day, it completely ruined my social life cause each night I only want to go there

I hate this place!

Ok, maybe this guy is trying to be funny, but he is still a terrible reviewer that you do not want to visit your restaurant. This pizza restaurant is someone’s business, and this guy didn’t think that leaving a one-star review, even as a joke, would be harmful to this business.

Was very misleading. My son had experienced trying different edible bugs at school and wanted to try these. Then when he go them and read the can, it stated that they were not for human consumption. AFTER he had eaten some…

This one made the list because it tells the heartwarming story of a son who is having nre experiences trying different edible bugs at this stage in his childhood.

Could confuse kids A great story about animal sounds. Most of the sounds are accurate, however I have a problem with the 3 singing pigs…would they really sing ‘La, La, La’? Would a child recognize Boynton’s use of rhyme and really ‘get it’? I think not…I’m having a hard time now, when I took my son to the farm and he was saying ‘La La La’ at the pigs…while all the other kids were saying ‘oink’ or were more accurately making a snorting sound. Their parents looked at my son as if he was not as smart as their genius kids who knew the proper pig sounds.

Thanks Ms. Boynton…thanks a lot.

This one is a bit sad. I just feel sorry for this mother who clearly has a complex about her son’s intelligence, and the child who will grow up with this kind of over-competitive parenting.

The entire kitchen and wait staff saw an ice cream truck and ran outside, leaving me alone in the restaurant. 10 minutes later they all come back with ice cream cones