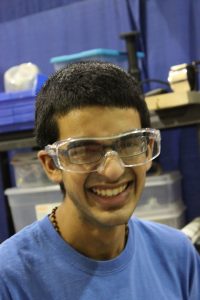 There’s a type of content that that is a bit too enjoyable to consume. It makes you feel really good about yourself, albeit a bit guilty about what you may be thinking about someone else. It’s not the kind of content you are thinking of….it’s cringe content. Cringe gets shared around Facebook, 4chan and all the social media sites, but there is one site that seems to be the homeground of this content: Reddit.

But, there’s a problem with cringe: it hurts people, and it can even be bad for you.

The Epicenters Of Cringe

Why Does Cringe Feel So Good?

From a social evolutionary perspective, it’s pretty obvious that cringing keeps people in line. It feels good to cringe and it feels bad to be cringed at, so everyone wants to be the cringe-er (not the cringe-ee), therefore people avoid doing things that make others cringe. It’s a way of enforcing social rules. (Food for thought: to what extent is society built on cringe?)

Imagine realising that what you sent someone in a Facebook comment or even a private message was now on the front page of r/cringe ? You would read the comments saying things like *face punch* and *stabstabstab* and feel like the whole world hates you. You probably wouldn’t even comment on the cringe post, because you would just not want any more criticism (so Reddit would never even know how much they hurt you).

This is the dark side of cringe that is less well known. But, many people think that it will become well known when cringing really really hurts someone, and a subreddit like r/iamverysmart makes the news. For instance, what if someone’s towering ego is so demolished by a cringe post of them, that they actually commit suicide. It is far from unfathomable considering the deep emotions that anyone would feel if they saw themselves on one of these subreddits. If (or when) that happens, people will start to think about cringing differently.

Within the basic emotion of cringing, there is a feeling that they deserve to be cringed at. Whether this opinion is actually consciously held, let alone voiced, many people use this as their justification for cringing. But if someone is ‘bad’, you would want them to get better right? In terms of constructively helping people to improve, Reddit cringe is about the worst way possible. It is not meant to be viewed by the person being cringed at, and if it is, then it can be seriously damaging to their mental health. Cringing evolved to make people less anti-social in society, but the internet has pushed it beyond being constructive.

‘Cringe culture’ fosters a mentality that is overly critical, constraining and harsh towards others. You can see from some of the comments, that it activates a bully mentality that takes pleasure from the misfortune of others. It’s not healthy to get your own self-esteem from putting down others. It’s healthy to base it on your own personal achievements and attributes. Furthermore, it’s harder to have good self-esteem when you are cultivating a cringe mentality that is so critical. With such a focus on negativity, it is hard to see the positives within yourself.

r/CringeBroke is a subreddit that reposts times when Reddit cringing has gone too far. Your first reaction may be—but wait a second, this is cringing about cringing! It’s still cringing! Unfortunately, some posts on here are, but the moderators have a very strong anti-cringe attitude that tries to prevent this.