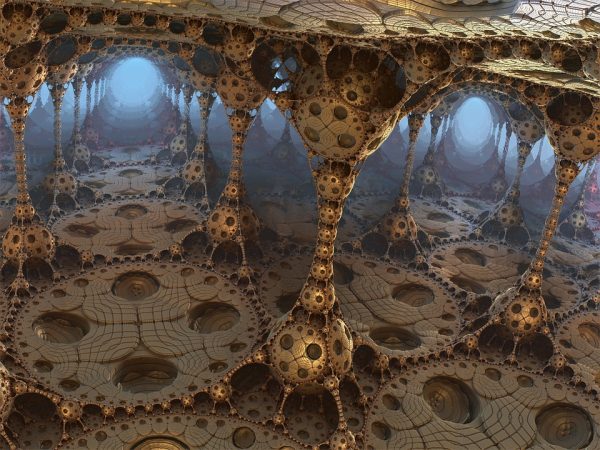 For the first time in history, some people have the feeling that they may never die. This may come as a very hard-hitting realisation for you, but technology may have the potential to make us immortal within 5 decades. Of course, there are so many uncertainties that you can’t bet your life on it.

The Basic Reason Why Many People, Especially On Reddit Believe They Will Never Die

There are a lot of people on Reddit talking about this on subreddits like r/Digital_Immortality, r/Futurology and r/longevity. Basically, there are predictions by Ray Kurzweil that biotechnology will stop ageing in 15 to 20 years. This will probably add years to our life. Then, you get to live long enough to take advantage of the next revolution in anti-ageing and so on. You will probably go through gene therapy, nanobot supplements, complete bodily fabrication and etc. Basically, you want to life at least 50 years, because this is when digital immortality may become possible. This is the point at which life extension will have progressed to immortality. So basically, if you are in your 30’s, you might make it. Then again, it depends on several major revolutions in health technology and also some other factors like money and politics.

The Current State Of Life Extension

Have you seriously looked into your life expectancy? It’s funny because not everyone is overly concerned with this number, probably for good existential and mental health reasons. However, I regard it as something that’s important to know for my survival. The life expectancy in most Developed Countries is about 80 years. But, this figure is being weighed down by problems that only affect certain sectors of the populations: obesity, no health insurance, binge drinking, smoking, serious illness and disabilities. If you are fortunate enough to be a healthy, recommended BMI, non-smoker who also eats well, then you can expect to live to 90+. With the advances in life extension technology that we can even conservatively expect, 100–115 is honestly not unlikely

The technology that is taking off right now is grafting and personalised organs. The medical procedure of transplanting a dead person’s healthy organ to the living has been a revolution in medicine that we have already passed. Now, we are reaching the stage where we can grow human organs on or in genetically modified animals. This will be a revolution when it means that healthy organs are no longer a scarce, precious resource in medicine and we can start giving transplants to far more people. We will even be able to ‘farm’ blood of all, even the rarest blood types in these genetically modified animals, so blood shortages will become a thing of the past.

This area also involves cloning selective organs and transplanting them onto animals in order to ‘grow’ them. It also involves stem cells which have the ability to grow into any cell in the body.

This is one that we already have actually, but it is in this category because it depends on future technologies. Currently, you can get your whole body frozen for $28,000 initial cost plus $30 per month. Then, you can chose to wake up at a time when science has found a cure to your disease or when it has discovered true immortality. However, no fully-grown animal has been successfully restored from cryogenics, leaving even the ability to restore you up to the capabilities of future medicine.

Currently, we have a lot of ‘neuoprotective’ drugs that slow the brain-ageing processes that cause people to lose brain function as they pass 25 years old and eventually which leads to dementia. But this doesn’t come close to the possibilities in drugs that affect our enzymes and the activation of our genes. The aim is to ‘turn off’ the mechanisms that cause decline and death in our bodies.

Microscopic nanobots could repair the cells in our body. Creating things at this stage is complicated because the size and properties of atoms is what you are working with, so there is incredible delicate complexity. Increases in computing power, especially the advent of quantum computers will advance this field.

Another possibility is the replacement of biological organs with mechanical ones. This already occurs with the bionic heart for instance, however future cyborg technology will probably be even more ‘organic’ in construction, by utilising substances that resemble our carbon-based flesh.

All of the previous technologies can potentially increase lifespan to vast degrees, but none can be said to seriously promise immortality. The most serious possibility for true immortality is mind uploading.

Mind uploading is the idea that we could upload our minds into a computer system and leave our physical bodies and brains behind. Then we would be free of the process of ageing, of the body and brain. Of course, there are some problems to be solved first like: who will run the computers and how do we know if when we get uploaded that we will still be conscious or even the same consciousness.

How Can I Have The Best Chances Of Living Forever From Right Now?

Ok, you’re reading this and suddenly getting the burning hope and desire to live forever. Here are a list of things you can do:

Life extension and immortality technology may come in your lifetime, but there’s no assurance that you will be able to afford it. Start saving now, because this stuff will probably cost you tens if not hundreds of thousands of dollars.

But, the longer you live the better your returns on investment. So if you make some long-term investments soon like in property, you could end up a very rich, long-living man or woman.

Be A Respectable Citizen

This life extension stuff will get very political and highly regulated. In order to be at the front of the line or even allowed to access this technology, you need to make sure that your government likes you.

It goes without saying that this will give you the best chances of reaching the age when these technologies become available. You should probably look into becoming vegetarian, intermittent fasting, complete foods, sleep, exercise, meditating and low sugar.

We could be seeing these technologies multiple times faster if more people donated to SENS—one of the organisations spearheading this research.

Stay On The Right Side Of Politics

One of the formidable barriers to life extension being accepted and supported in society and politics are ethical concerns. We will list the ethical concerns here because it is up to you to make your own mind up:

Obviously, as the writer of this article, I have the temptation to thoroughly argue against each argument, but basically, even if you are concerned with some of these, does it outweigh the benefits of you or others living twice as long if not forever?

Main Reasons Why You May Never Become Immortal

Ok, lets bring it back to reality now. There are still a lot of reasons for you not to get your hopes up about immortality or even significant life extension. Consider the following: