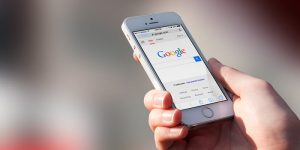 AMP is the newest, flashiest standard for writing mobile web pages. It’s fresh off the press from Google and it’s making mobile webpages load in a flash. Literally, it’s designed to load 3× faster in under a second and load all at once rather than gradually.

AMP is rapidly becoming an important standard on the web, and it is also very innovative in a number of ways. For these reasons, we are seeing a change in the way the web works right now because of this technology.

The premium standard for mobile sites used to be responsive design when the mobile web was young. Just having a webpage that didn’t make you feel like a cartoon sleuth when you viewed it on a mobile was the big thing 10 years ago. Now, the web have already become responsive. The next step is that the web will load differently on the mobile platform, due to the unique load-time challenges that this platform faces.

Check out the New York Times mobile site to see a website load in a flash.

When a web technology is this effective, it quickly spreads across the web and becomes a new web standard. Already, 7% of web traffic by top publishers was on AMP pages in 2017. You will be hearing a lot more about AMP in the future.

AMP is really the pinnacle of a trend that has been coming to fruition for some time. The web is becoming demarcated in a new way: into the full-featured web, and the light web. The light web is the web of pages that load if the respective full-featured pages would take too long to load. A pre-mobile example is in Gmail if the page is taking too long to load, you can load the Basic HTML version (click this link to view it)

AMP’s light web will be much lighter than has ever previously been achieved (unless we talk about the first white background, blue link webpages of the 90s). In non-AMP mobile sites, some of the widgets are probably not loaded, some flashy styling is probably omitted, but still a lot of javascript is executed, and this slows down everything. In AMP pages, there are stringent restrictions on the code and styling that can be executed. Most javascript is forbidden, so the new light web really will be light.

This is an interesting result that has some minor web dev and SEO implications so far. But, in the pre-AMP days when responsively was the mobile standard, the desktop and mobile versions of the site were the same site. They just looked different because the formatting adapted to the different conditions. With AMP, the normal HTML (desktop) and AMP (mobile) versions of the site are different pages.

The main web dev implication is that if someone shares an AMP webpage, even a desktop web user who clicks the URL will go to the mobile AMP page. I would expect that Google will present a solution to this soon, because it seems like an easy auto-redirect for Google to make.

Google is shifting from an indexer to a host

This is a significant shift, because Google has until now been mainly a company that indexes the web within its own search engine and that is all. So people use Google’s search listings to click onto other sites. But with AMP pages, the content is cached on Google’s own server. So when you view an AMP page, you are actually still on Google. This is one of the reasons for the vast increases in speed. Google already has so much of your site loaded before the user even clicks on it (‘pre-loading’), then it just flashes onto the viewer’s screen.

53% of mobile users abandon a site that takes over 3 seconds to load according to Google research. Does your business website load quickly even with a poor connection? You should consider dLook AMP Pages to stop losing customers to page load-times (leave that to your competitors).