What Media Cause says

Do you possess online skills?

Can you invest a few hours of your time to help others?

Well this is the site for you!

The Media Cause Challenge

Once you register then you can accept challenges to work with local and overseas organisations. Assist them in building their online profile and help them make the most out of the web. Of course there is a bit of kudos for you and/or organisation, as well as the satisfaction in promoting a worthwhile cause.

You even nominate the areas that interest you most.

I love coming across these types of sites – a place where people want to make a difference truly can!

Milaap takes low cost capital, loaned by you, to the people who need it the most, providing them with the means to a sustainable income and access to necessities for a healthy and dignified life.

100% of your loan amount reaches the end-borrower.  Which means we make every cent count.

Love the concept of this site, it provides an opportunity to truly make a difference within your chosen budgeted amount.

From just US$50, you can loan money to those desperately in need and help a family get running water, install a toilet or even start a small business.

It really is a loan!

The recipients pay back the loan over time – sure Milaap tells you it’s a high risk, after all the bank wouldn’t give it to them. But, my experience, is that you do get paid back. Also, if you choose, that money can be reinvested back into the community to help someone else as well.

This is a fantastic use of the web – a great way to connect budding philanthropists to those that desperately need it. 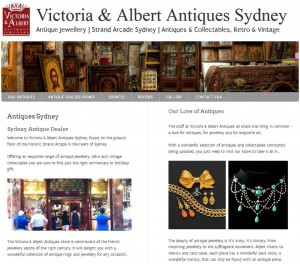 Victoria & Albert are an antiques dealer based in the Strand Arcade, Sydney CBD.

As a premium customer of dLook, they have used our online advertising solutions to create everything from their dLook branding page to their very own website, Antiques in Sydney.

Having worked with dLook since 2010, Victoria & Albert said:

dLook has provided us with 100’s of enquiries. When they (dLook) promoted our repairs business, then it picked up. Even our hours ring has had more sales since working with dLook. M. Davies (Proprietor)

Ranking didn’t happen overnight for Victoria & Albert Antiques, but with a broad integrated strategy using various mediums from Google Plus, to the dLook branding page and their own website, V & A now rank well for a wide range of related keyword phrases. Appearing in the top results of Google Places listings for “antiques”, in organic search for a whole horde of search terms and even featuring well in Facebook and YouTube. 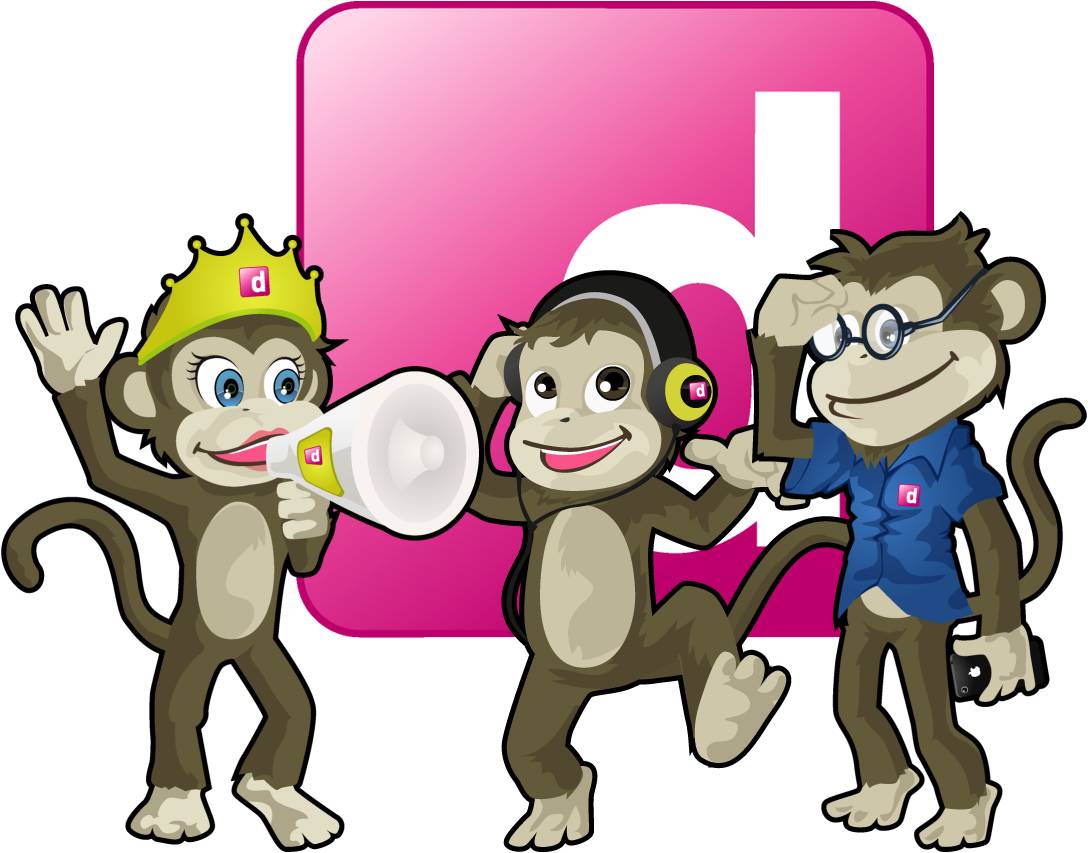 With Digital Editions we finally have a medium to introduce the dLook mascots, our d Monkeys.

On the left is Chatter Monkey, the socialite.

In the middle is Funky Monkey, the hip, groovy and cool one.

They each represent different parts of the Internet and enable us to focus on unique areas under their guidance!

The Inspiration Behind d Monkeys

The d Monkeys are a reverse image of the three wise monkeys carved above the Tōshō-gū shrine in Nikkō, Japan.

The three wise monkeys are accredited as the inspiration of the saying:

“See no evil, hear no evil, speak no evil”

Which in itself is likely derived from the Analects of Confucius circa 2nd to 4th Century BC.

So was born the three d Monkeys, “Shout out, listen to and see more”.

From Concept to Graphic 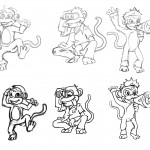 Based on a very sketchy brief, our graphics team started molding our monkeys into life.

The first few sketches of Funky Monkey were far too aggressive, and iMonkey is now standing and holding an iPhone, but we finally agreed on these early mockups.

From here we had them vectored and suddenly they came to life.

Now this may seem remarkably trivial to you, the reader, but for the originators of the design it was fantastic to see these critters become a reality.

We even had our own internal competition on what we should name them.

Funky Monkey was cool and came from a great suggestion by one of our ops team, Murray.

iMonkey just seemed appropriate being the whole tech thing – and supporting Apple seems to go hand in hand for many gurus.

Chatter Monkey took the longest. Our socialite and only girl in the team!

We wanted something that represented social media and social monkey didn’t do it, nor did Sound Monkey, Voice or Vocal monkey, nothing quite fitted.

But Chatter monkey took the prize.

So came to life our d Monkeys, and our new mascots for dLook.

Our dLook monkeys are symbolic of our work and our culture. They represent a new era, a changing of the guard, a change of attitude and a sense of fun.

My future dream is to bring them to life in a cartoon … but, hey, that may have to wait a while!

Coming soon to a desk near you … news of the week.

From next week our SEO guru will be posting some of his favourite news finds for the week. Constantly trawling the web for the most relevant, up to date information, he’ll pass on the best bits to you.